Life Membership to the New Zealand Association for Teachers of English (NZATE) is the most prestigious award available to the Association. As such nominations and awards are given very careful consideration.

Life Membership is a special form of membership which may be bestowed upon any person whose services to the organisation of NZATE and/or the New Zealand English teaching community is agreed to have been of significant impact and merit. Nominations for Life Membership, together with an appropriate support statement specifically detailing the nominee’s involvement and contributions to the English teaching community of Aotearoa New Zealand, can be made at any time through the year and, if successful, will be confirmed at the next NZATE AGM.

Contact secretary@nzate.org.nz to enquire about making a nomination for life membership. 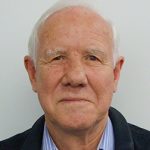 Vince called the original meeting that resolved to establish NZATE at the Third International Conference on the Teaching of English in Sydney in 1980, and was convenor of the group that launched the first NZATE Conference in Wellington in 1981. He was the first secretary of the New Zealand Association for the Teaching of English from 1980 to 1989. Vince graduated with an MA in English from the University of Canterbury in 1963, and trained as a secondary teacher at Christchurch Teachers’ College in 1964. He taught in Christchurch at Burnside High School (1965-1974) and then at Aranui High School (1975-1978) as Head of the English Department. During this period he was a part-time tutor in English at the University of Canterbury. He was appointed as Education Officer (English) in of the Department of Education in Wellington in 1979, and was holding a position as Assistant Director in the Curriculum Development Division when the former department was restructured. He was appointed Curriculum Functions Manager in the new Ministry of Education in 1989, and subsequently became Senior Manager, Curriculum Functions, then Senior Manager Tertiary Charters and Funding. After he left the Ministry of Education in 1999, he set up his own education consultancy management company, Vince Catherwood & Associates Ltd, and undertook education consultancy work mainly in the Pacific between 1999 and 2019. He currently lives in Wellington with his wife, Jenny Buist, a former President of NZATE. He has four children, eight grandchildren, and a host of friends. He agrees with Margaret Mahy that, if you have music and poetry, light and laughter, what more could anyone want? 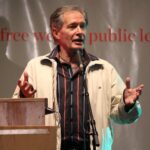 Steve Langley married Kate and graduated MA Hons in 1969 then taught English in Rangiora, London, Christ’s College, Linwood, Kingslea Residential School, ChCh College of Education, Hagley and finished 45 years later at Kimihia Teen Parent College. He was a Teacher trainer in Christchurch and Nepal, and tutored at the Chch Men’s Prison. He co-wrote a series of English textbooks, developed resources for Manic Depression, HIV-Aids Education, School Drug & Alcohol Programmes and The Roadshow Trust. He was a counsellor on the AlcoholDrug Helpline from 1996 – 2015. He edited books of stories by Kingslea girls, Young Mums, and recently published “Been There – Young People’s Stories of Struggle and Hope.” He edited 42 issues of “English in Aotearoa” from 2003 to 2016 and was a National Council member for that time. He is Chairperson of The Collaborative Trust, Secretary of New Brighton Community Gardens, a musician and Grandpa. 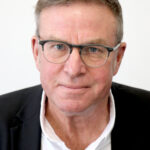 Mike is Principal at Te Puna Wai O Waipapa / Hagley College, a large and diverse inner city school which offers access to learning to students of all ages. He’s the community leader for the central city kāhui ako, Te Taura Here o Ōtautahi.  Mike has taught in four Christchurch high schools, with two decades in curriculum leadership in Head of English roles. He’s worked as an Education Adviser in the Canterbury region.

He was awarded a Woolf Fisher Fellowship in 2013. 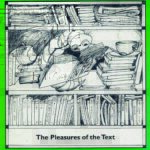 I no longer remember when it was that I applied for and became the new editor of “English in Aotearoa”. Some time in the 1990s, I think. I have only one copy of the magazine left and see that I was still editing in May 2000. When I applied I naively thought that people would just send me articles for the magazine. Not at all! I had had some experience doing school newspapers with my journalism class at Kamo High School using Pagemaker as a publishing program. This experience enabled me to change the format and design of the magazine from A5 to A4. Shortly after that I opted to include a coloured pull-out, 20-page resources section  in the centre of the magazine. The Internet then was not yet a source of teaching material. Terry Locke guided me into using Guest Editors and working to a theme for each issue.

I know this is supposed to be a pen portrait but I cannot resist sending attaching a drawing of myself, which my sister, Margaret Ryley, did of me 70 years ago and later expanded for the cover of Issue Number 40. When she sent it she wrote, “I now understand the significance of ‘the turning worm’. The bookworm started with a quick browse on the top shelf before moving on to the heady stuff below and discovering the worm in the apple and the butterfly handle – and isn’t that my bookmark lurking on the right-hand side? I must retrieve it some time.” 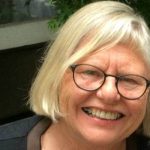 Elody was born into a farming family in Te Aroha, Waikato, on January 29, 1947. She began her schooling at Walton School in Matamata, but moved to Christchurch when she was five. She went to secondary school at Christchurch Girls’ High School. She attended the University of Canterbury  and studied English, graduating with a Bachelor of Arts in 1969. She also studied to be a teacher at the Christchurch College of Education and was awarded a graduate diploma. She subsequently extended her work and thinking into feminist education, the focus of her PhD.

After being appointed to various high school teaching positions, Elody returned to Christchurch Girls’ High School where she became head of the English department. In the 1980s she took up a position as principal lecturer in English education at the Christchurch College of Education.  In 1989, she was awarded a Fulbright Award and travelled to the United States to look at the American education system.  Then in 1992, she was awarded a Nuffield Scholarship and spent a year at the Institute of Education at the University of London.  Elody became head of school and senior lecturer in education at the University of Canterbury. She died in 2017. 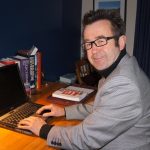 I began teaching subject English at South Otago High School in Balclutha in 1977. Soon a young Head of Department I realised early the value of contact with colleagues through the Otago Association for the Teaching of English (OATE). Eventually I became the Otago representative on the NZATE Council. After twenty years of classroom teaching I moved to become a lecturer at the Dunedin College of Education, eventually becoming a Senior Lecturer in English and Co-Cordinator of the Secondary Teacher Education Programme at the University of Otago. During this time I had a founding role in establishing the Secondary Literacy Initiative, did extensive in-service advisory work and worked to support teachers in Niue over a period of six years. I completed a Master’s Degree in Education, my thesis focussing on teenage reading habits and continued in my role with NZATE. On being made redundant in 2012 I spent a year in Malaysia mentoring Teachers’ College Lecturers in subject English and since then I have fulfilled a number of professional roles as a consultant and as an employee of the Ministry of Education, based in South Canterbury. I am proud to be a life-member of NZATE. 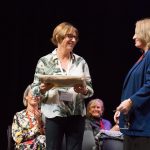 There are not many aspects of our subject to which Trish hasn’t given time and expertise. She has been a successful classroom teacher and HOD as well as wide involvement in PLD and curriculum design at a National and local level through her roles as a marker and moderator, senior Secondary English advisor for the MOE, member of many reference groups, National Moderator for NZQA (English). Trish was also a long time member of the Canterbury English Teachers Association and contributed to NZATE as a workshop presenter at many conferences, a member of the 2010 NZATE Conference organising committee and contributor to several NZATE produced resources.

Noeline is a teacher educator, after spending nearly 20 years in secondary education as an English teacher and then as a Head of Department. She is a Senior Lecturer in the University of Waikato’s School of Education, teaching those wishing to become secondary school teachers. She has published widely on research involving the pedagogical uses of digital technologies in secondary school contexts, innovative learning environments, and more broadly, pedagogical issues in secondary schools. She served on the national Council of NZATE for about ten years.