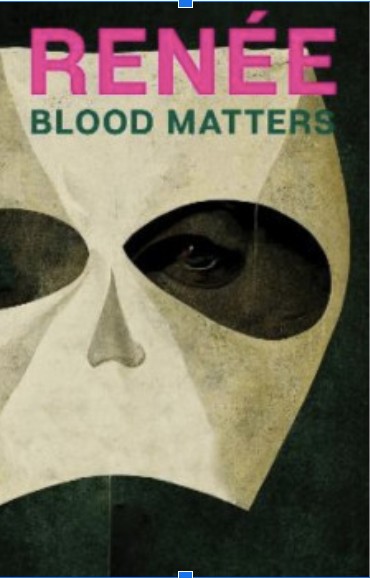 Blood Matters is the new crime fiction novel from award-winning Ōtaki novelist, poet and playwright Renée (Ngāti Kahungunu).  It follows Puti Derrell, who has just become the guardian of her ten-year-old niece Bella Rose, in the small town of Porohiwi.  Puti’s estranged grandfather is murdered and his body is left with a Judas mask on his face.

When Puti’s friends and family members are threatened and another body is discovered, she finds herself drawn into the investigation.  The book slowly unveils the complicated history and family relationships of the Derells, which plays a significant role in the novel.  This does mean that the beginning could be a bit confusing for students as it takes time for the backstories to be revealed, but as the plot progresses, the book becomes engrossing as befits the genre.

This novel would work well for the connections across texts and personal reading standards at Levels 2 and 3.  If you have been studying texts that cover the topics of loss and complex family relationships, this would work well.  The protagonist also faces discriminatory behaviour for being Māori and lesbian, and the story touches on religion and the prominent part it plays in people’s lives.  The motif of masks and the idea of appearances hiding reality is also significant throughout.

This book would only be suitable for more mature readers.  The description of the crime scene is unflinching and there is violence and profanity.

In saying that, if you have any students interested in crime and mystery, this would be a great read for them.  The book takes the well-trodden genre of crime fiction and makes it original with its uniquely New Zealand protagonist and setting.  Even if you don’t use this book with students, this is an engaging and absorbing read and would be great for fans of mystery.